The 6 main sources of funding for your startup in Singapore

Financing programmes, tax incentives, cash grants, business-incubating infrastructure, and the likes—everything that a startup needs, Singapore has it. In fact, the government of The Lion City continues to roll out various initiatives that help foster a thriving startup landscape in the country.

Asian Silicon Valley in the making?

The robust tech ecosystem in Southeast Asia has given founders more options on where to establish their startups. With cross-border funding made even easier, businesses are no longer restricted to cities where major venture capital firms are headquartered. More and more countries in Southeast Asia including Singapore, Philippines, and Indonesia have developed stronger foundations for tech talents over the years.

That said, Singapore has consistently remained a reputable financial and regional trading centre in the last four decades and is considered one of the world’s leading innovation hubs. It has also established itself at the top of World Bank’s ranking of the easiest places to do business for the last two decades. Thus, there’s no to surprise to having a continuously growing rate of startups in the country.

Funding options for startups, anyone?

Out of the large number of small businesses in Singapore that fail to launch year after year, almost half of these founders cite the lack of working capital or funding as the primary reason for their failure. Obviously, this financial disability limits companies and founders to realise their business plans, run their business operations, or expand operations to other markets.

In this guide we’ve put together a comprehensive list of funding options for startups looking to raise capital to get their business off the ground and running:

Self-funding or bootstrapping the startup is the first and most obvious funding option founders have when outlining their business plan on its early stages. This is particularly helpful for entrepreneurs who are only starting out and finding it difficult to get funding from external sources for their lack of a plan or proof to show potential success.

Most founders who opt to take this path to fund their startups use their savings or get family and some friends to contribute. Bootstrapping is ideal for many founders as it requires less formalities and compliance as well as the minimal costs needed for the process.

(Hungry for more? Read our guide on bootstrapping your business.)

Crowdfunding is an innovative system of financing a business venture or a project, which simply requires collecting modest contributions from a large group of people. In the United States, this fundraising method is a well-known platform where several small business owners contribute and pitch business ideas, plans, strategies online with the intent of inspiring others to help and pledge money in support of the business venture.

The term angel investor is used to refer to private individuals who typically not only invest capital but also contribute their own business skills and expertise in the early phase of startups in exchange for a significant share in the business. Angel investors are usually successful businessmen or wealthy HNWIs who are on the hunt for startup companies with higher risks but hold a viable promise to yield higher ROIs.

Typically, the way you get to an angel investor is through your existing networks, as individuals use the trusted ‘word of mouth’ as a filter for deals that may be of interest to them.

Singapore has a relatively new and small venture capital industry compared to Europe and the United States. High net worth personalities, large corporations, and government bodies choose to set up venture capital funds due to the appealing tax incentives and other business-friendly policies that the government has outlined for the process.

Venture capitalists are essentially professional investors who specialize in investing in startups with the condition that they are given a more hands-on role in the business whose primary goal is to ensure their own clients’ profitability.

As such, they do not only necessarily offer funding support to the startup but also advice on operational matters and in most cases how to increase your business profitability. This group of investors favor startups that hold high growth potentials such as those involved in intellectual property creation, scientific breakthroughs, and other large-impact businesses in nanotechnology, IT, and biotechnology.

Looking for a list of VCs in Singapore? Tech in Asia has an article on venture capital firms that is a great starting point.

While used interchangeably, the terms incubators and accelerators have a few fundamental differences.  While an incubator is a funding system that works with businesses that are already in their initial stage of their developing process and are aimed at getting the business of the ground, an accelerator helps those who are ready to get the business running or take that giant leap such as branching the business out to an overseas location or venturing into a different market or industry.

While you don’t have to follow a set schedule when dealing with incubators, businesses on accelerator funding will have to work closely with the investors, mentors, and other fellow startups for several months before they are able to graduate from the platform.

The Singapore government has put in place a significant number of financing schemes and platforms to facilitate its efforts to encourage entrepreneurial activity in the country. Each of these government funding schemes focuses on different markets or industries and is practicable for the various stages in a business’s growth.

Want to know more? Take a look at our guide on government funding and grants for entrepreneurs.

Preparing your startup for fundraising

If you are looking to get your business off the ground and grow really fast, you will most likely need external sources of capital, unless you are confidently capable of funding those yourself.

While bootstrapping your startup is always a viable option, it’s not going to bring you as far as you would want your business to go, not to mention the idea that it will actually deprive you of taking advantage of the vast funding opportunities that the Singapore market holds.

There’s a lot of money out there for the taking – but make sure you do your research on what fits you, what you will spend your money on, and get your pitch deck tight.

Want to know more? We’re always adding to this page and others so that you keep up to date on the latest in the Singapore startup scene. Talk to our sales team to get started!

Neobanks are fintech businesses that provide mobile and internet banking apps. Here’s why you should consider them. 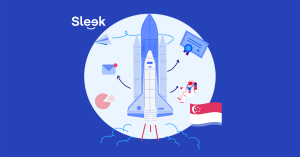 What to know before launching a tech start-up in Singapore

Have a winning tech idea that’s ready to meet the world? This is everything you need to know before starting a tech business in Singapore. 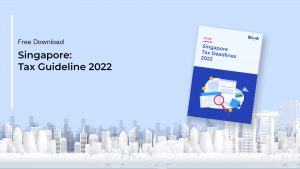 Free download 2022 Tax calendar Planning to stay ahead of taxes this year? Then this free tax calendar is perfect 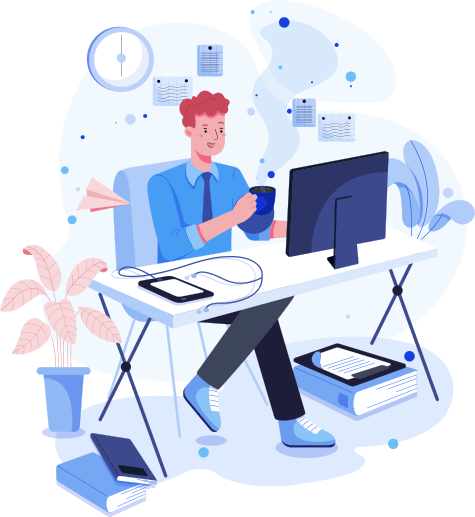 Still wondering if we are able to support your project?

Share your details and get a call back now!