Sleek explores: The future of digital payments for businesses

Businesses are undergoing a cashless revolution. From eWallets to Buy Now, Pay Later (BNPL) models, digital payments are shaking up the financial landscape as we know it – and there’s a good reason why.

Digitalization has changed how an entire generation of consumers make payments, and consume goods and services, with the total transaction value of global digital payments projected to hit US$13.85 trillion by 2026.

As the landscape undergoes massive transformation, it is important for businesses to follow suit or risk falling behind. Is your business prepared for what’s to come? We dive into the future of digital payments, explore the players in the region and share actionable tips for your business in this article.

Cash is no longer king

When it comes to payments and e-commerce transactions, that is. Cash has been on the decline as savvy consumers seek out easier ways to pay businesses.

Previously, businesses experienced resistance in getting consumers to venture outside the comforts of cash. But thanks to digitalization and the Covid-19 pandemic, technology adoption in Southeast Asia has skyrocketed. This has inadvertently fostered higher levels of digital acceptance. In Singapore, cash usage decreased by 20% in just a span of ten years.

However, it’s not only cash. Even debit and credit cards, once the most convenient payment method, have competition, as users try other modes.

The fall of these payment types speaks to the current state of the financial sector. As funding reaches an all-time high for digital payment companies, it’s clear that there is much potential in this sector for businesses to tap onto. For both aspiring and existing entrepreneurs alike, such insights hold the key to transforming your business.

The future is digital (payment)

So what exactly do we mean by digital payment? It essentially refers to all forms of transactions done via a digital channel such as mobile data or SWIFT (Society for the Worldwide Interbank Financial Telecommunication).

In Singapore, the introduction of GIRO (General Interbank Recurring Order) opened the gateway to more dominant and convenient forms of payment with contactless being the most preferred. This is a clear indicator of where the consumer expectations’ is heading towards.

Thus, business owners can fully expect the digital payment scene to flourish in the coming years as more non-bank financial institutions rush into the sector to leverage this increasing demand. Just take a look at Grab, which launched its digital wallet GrabPay, or the myriad of financial firms beginning to accept crypto payments.

As consumers seek out Sleeker payment options, developing your business’ digital payment offerings is no longer voluntary, but key for your business success. This is one boat that you can’t miss as an entrepreneur.

This leads us to the next question. What are these new forms of digital payments? Let’s look at some big players in Southeast Asia. 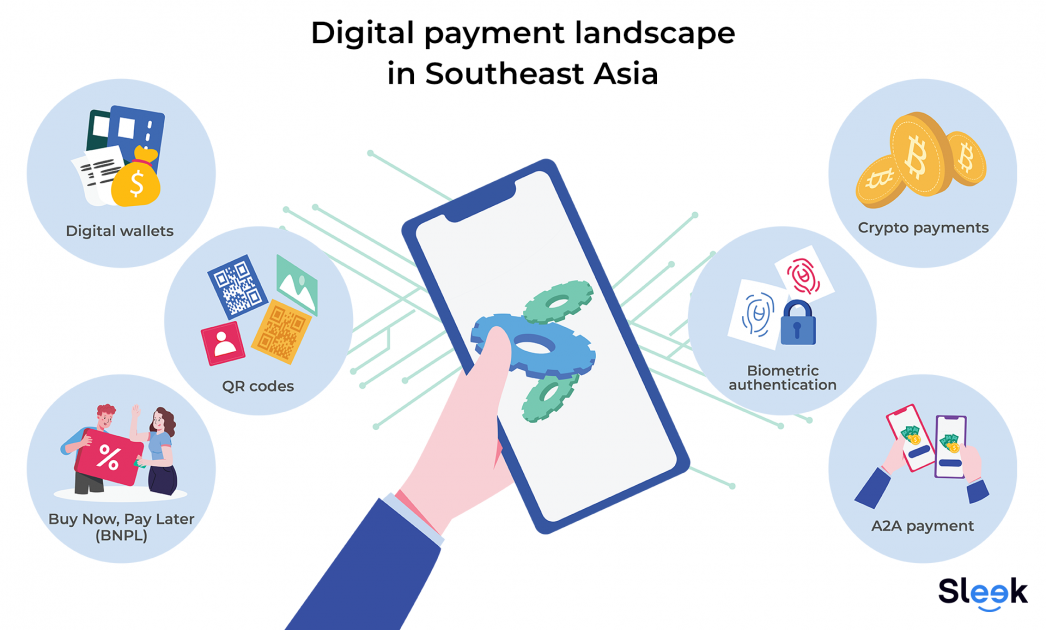 With the rise of advanced technology, biometric authentication comes at a time where more consumers are starting to prioritize cyber security, and rightfully so. This form of payment utilizes the structural and biological characteristics (i.e. fingerprint, face, voice) of the consumer.

Beyond its added security, biometric authentication is quickly gaining popularity among consumers as it reduces the friction in the payment-making process, potentially making pin codes a thing of the past.

Digital wallets are not new, but are fast-tracked to become a dominant force. From bank transfers to merchant payments, they are incredibly efficient, convenient, and easy to use. Nearly every smartphone is equipped with its own wallet that’s ready for configuration.

It should thus come as no surprise that digital wallet adoption has spread rapidly among consumers with one in two consumers in Southeast Asia becoming digital wallet users by 2025. In the coming years, expect more digital wallets to emerge as more companies join the fray of being digital payment service providers.

No future forecast of digital payments would be complete without mentioning a building block of Web3: cryptocurrency. For the uninitiated, cryptocurrency refers to a form of decentralized currency that is run on digital ledger technology (i.e. blockchain). This makes transactions less susceptible to fraud as the data stored is transparent and trackable.

Still confused? We explain it deftly in our tell-all guide to Web3 technology!

Acceptance of crypto payment is still in its early stages due to regulatory and privacy concerns. However, the Monetary Authority Singapore (MAS) has begun regulating these restrictions, allowing more financial firms to start accepting crypto payments in Singapore. On top of that, cryptocurrency is becoming increasingly popular among consumers. In Singapore alone, up to 9.4% of the population is estimated to own cryptocurrency – and this number is projected to increase.

While a relatively new player in the market, BNPL schemes are quickly surging in popularity, especially among Gen Z consumers. BNPL can be thought of as point-of-sale installment loans that allow consumers the freedom and flexibility to make purchases with payment at a later date, or by splitting up their payments into installments at no interest.

Thus, BNPL schemes have become a popular alternative to credit cards for consumers, and an appealing payment method for merchants that promises higher conversion rates. By 2025, BNPL arrangements are expected to grow at a compound annual growth rate (CAGR) of 40%.

As the name suggests, A2A payments move money directly from the payer’s bank to merchant ones, eliminating the need for intermediaries. As such, they are quickly becoming an alternative to credit card payments as they can be used by anyone with a bank account.

The advent of open banking has made this payment method mainstream. Open banking utilizes application programming interfaces (APIs), allowing payments to be made at the point of purchase instead of using cards. This increases the speed and convenience of transactions, while reducing layers of complexity and third-party costs.

Think of QR codes as an elevated barcode. It is a code that can be scanned by smartphones to perform a variety of functions from making payments, sharing contact details, to website links.

QR codes have gained popularity as of late as they are a convenient and cost-effective way of conveying important information. One key benefit is that QR codes can be scanned from both paper and screens (offline-to-online). This makes it very handy for businesses and convenient for consumers to perform functions on the spot with their smartphones.

How can you get a slice of this digital pie? Here are some tips to get your business digitalization started.

If any of the aforementioned was news to you, it’s perhaps time to revisit your business strategy and ways of working. The pandemic has accelerated digital transformation and it’s crucial to keep up with the latest.

2. Foster the power of partnerships

Up-and-coming payment providers are constantly on the lookout for businesses that provide their consumers with the best customer experience. Look for a digital payment partner that is committed to growing their technologies and explore strategic partnerships with them.

3. Don’t be afraid to explore

New technologies may sound daunting at first, but with zero risk comes zero gain. Consumers are constantly on the lookout for better experiences and it’s up to you to ensure that your business is customer-centric and meeting their expectations. Remember: the only way forward is upward.

At Sleek, going digital is at the forefront of everything we do. From incorporation, and accounting, to opening a business account, we specialize in making your business lives easier. Need help in digitizing your business? Reach out to us at Sleek today! Our team of experts will be glad to help you with your needs.

What’s the deal with eSignatures?

Did you know that signing documents with eSignatures leads to improved productivity and efficiency? Here’s a guide to eSignatures.

How to use Whatsapp for Businesses

Whatsapp is one of the most popular messaging apps. How can you leverage this for your business? Here’s how to use Whatsapp for Businesses.

5 tips to propel your business forward through 2022 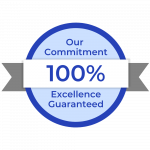