A Guide to Hong Kong Economy

Hong Kong does not levy any customs tariff and has limited excise duties, so it is one of the most attractive business hubs in the world, especially for doing business with China.

But what does the economy behind this thriving business hub look like? How does it work and what are the most important forces that drive Hong Kong’s economy forward?

Keep reading to find out.

The economy of Hong Kong can be defined as a highly developed free-market economy.

The key traits of Hong Kong economy include:

The currency of the region is called the Hong Kong dollar. It is legally issued by three major international commercial banks and is pegged to the US dollar.

The Hong Kong Monetary Authority has the role of a financial regulatory authority. Hence, even though there is no officially recognized central banking system, the HKMA acts like one.

Hong Kong economy is governed under positive non-interventionism and is very dependent on international trade and finance. This is one of the key reasons why Hong Kong is seen as the absolute best place to start a company.

In 2015, the Economic Freedom of the World Index listed Hong Kong as the number one region with a whopping 8.97 mark.

The region’s critical economic strong suits include a reliable and strong banking system, almost no public debt, a strong and independent legal system, and foreign exchange reserves that were recorded to stand at around $400 billion (2017).

Among other things, Hong Kong also has strict anti-corruption measures that prevent partocracy and fraudulent activity, and its naturally strong ties with Mainland China are also a plus.

The Hong Kong Stock Exchange is another attractive and favorable aspect for international companies and companies located in Mainland China. Many of these companies come to Hong Kong to get listed on their exchange due to the region’s highly internationalized and modernized financial industry.

On top of that, the region boasts a great capital market that can be compared to its counterparts from London and New York thanks to its size, regulations, and available financial tools.

The Hong Kong Stock Exchange has a market capitalization of about $3.7 trillion.

The region’s gross domestic product has grown 180 times between 1961 and 1997. The GDP per capita also rose by 87 times during the same period. This contributes to making the economy of Hong Kong slightly larger than the economy of Israel or Ireland.

Hong Kong GDP per capita at purchasing power parity was the sixth-highest in 2011 globally, higher even than the US and the Netherlands, and slightly lower than Brunei.

However, in 2009, the region’s GDP growth slightly decreased due to the global financial turmoil.

Hong Kong as a Port

Hong Kong was in the top 10 largest ports in the world. It reached this milestone by the late 20th century. When it comes to container throughput, it was second only to New York and Rotterdam ports.

It is also worth noting that Hong Kong is a full member of the World Trade Organization. The Kwai Chung container complex was also one of the largest, if not the largest, complex of this kind in all of Asia.

The region of Hong Kong relies heavily on financial services, electronics manufacturing, and tourism. These are Hong Kong’s key industries.

The agricultural industry is almost non-existent, since the region has few natural resources and is entirely reliant on raw material and energy imports.

The contributing portion of agriculture to the economy is almost non-existent, standing at %0.1 of GDP and only 0.2% of the workforce employed in 2017. However, high-tech vertical farming is being adopted as an alternative to traditional agriculture.

It is also worth noting that the production made by this sector decreased in 2018. And concerns over food safety from Chinese products have also been a factor contributing to the local efforts regarding farming initiatives.

On the other hand, the manufacturing industry presents a more substantial portion of the economy. Its share of GDP stands at 7.22%, and almost 11.7% of all workforce is employed in this sector. Key industries include electronics, electrical appliances, informatics, and telecommunications.

Finally, the industry that is undoubtedly thriving in Hong Kong is the financial services sector. To be precise, this is the heart of the region’s economy. It includes financial services, trading, logistics, tourism, import and export, professional and producer services.

The services industry accounts for around 92.2% of GDP and employs almost 88% of the workforce in the region. Therefore, Hong Kong can be described as a service center for Asian companies, especially those trading with China.

The 2020 World Investment Report (UNCTAD) states that Hong Kong received $68,4 billion in FDI in 2019, 34.4% less than in 2018. This came as a result of the constant social unrest and the decline in corporate earnings.

However, the stock of FDI has reached $1,867 billion in 2019 alone. Hong Kong is the fourth largest flow recipient and the fourth most significant investor.

The vital investing countries are:

Most (80%) of investments are intended for financial activities such as holding, real estate, finance, insurance, banking, and so on.

If You Decide to Invest

If you decide to invest in Hong Kong, know that the chances of success are high. Hong Kong is an international leader when it comes to trading, and it is a services hub with added value and the bridgehead to one of the largest production bases in the world – China.

The economy of the region is strong and stable, while the financial and banking systems are reliable and efficient.

In addition, the tax measures are favorable, the workforce is highly-qualified, and the location of the region is advantageous.

You should know that Hong Kong has signed bilateral agreements for investments with 15 countries. These agreements have the aim to better protect foreign investments.

Finally, the region is looking to sign agreements with Chile, Singapore, and Russia and there has never been a single controversy registered by UNCTAD.

Political and Economic Relationship with China

Hong Kong has a high level of autonomy, but it is still a part of China. In other words, China handles its foreign affairs and defense efforts.

However, the region has its own common law legal system, currency, and customs jurisdiction. There are many business opportunities given Hong Kong’s expertise in finance and marketing, sophisticated infrastructure, and access to mainland China’s manufacturing base.

Links between HKSAR and Mainland China

Ever since the Mainland adopted economic reform and open-door policy in 1978, commercial links between Hong Kong and the Mainland have grown considerably. This trend has brought about substantial economic benefits to both parties.

Trade between the two parties has expanded quickly since 1978, by an annual average of almost 23% in value terms. The Mainland was Hong Kong’s largest trading partner in 2001. It accounted for almost 40% of all Hong Kong’s trade value.

Almost 90% of the region’s re-export trade was related to the Mainland, which makes it the most significant market and the largest source of Hong Kong’s re-exports.

However, it is also fair to mention that relations between the Mainland and Hong Kong have gone through challenging times in recent years due to the constant public unrest.

This brief guide to the economy of Hong Kong should be enough to help you get an idea of the economic indicators and business environment in the region. There is no doubt that your chances of success are multiplied if you decide to start a business in Hong Kong.

Hence, if this idea sounds like something you could invest both your time and your funds into, definitely consider setting sail for Hong Kong.

And if you happen to need help with company incorporation in Hong Kong and any other related processes, do not hesitate to contact Sleek. 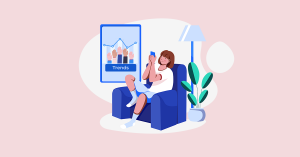 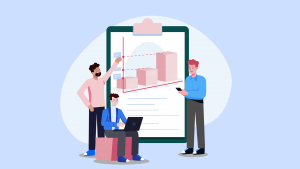 This article updates you with the latest adjustments to the Companies Ordinance (CO) and how it relates to your business.