Diversity in the technology industry is a topic that is often talked about. The stereotype of the industry is well-documented – young men with hustle and Macbooks bro-ing out. That said, Singapore is an incredible diverse country to begin with, with almost a third of the population being expats/non-PR. What does diversity in tech look like when you have a melting pot of talent to begin with? This week we’re talking with CEO of Sleek, Julien Labruyere, to get his thoughts on the topic.

Diversity of thought is important when building a company and generating ideas.  One way that you can achieve this is by having a diverse employee set. We value transparency at Sleek and in this spirit I thought I would share where we are on our journey, as well as some reflections around how we’re doing.

Employee demographics at Sleek as of Feb 2019

What’s unusual about Sleek as a tech startup is our gender ratio. We’re over 50% female – 59.5% female to be exact. We’re also proud to have this gender representation bear through at our management level – for instance, we have our co-founder Oriane as our Chief Compliance Officer, and our Accounting & Tax practice is under the formidable leadership of Mary Ng and Sally Tinkler.

We’re helped by the fact that much of the service delivery in our industry – that is, corporate services / company secretary – is dominated by female professionals. That said, we’re also certainly not struggling to get female candidates for our other positions that we list, and we try to use inclusive language in our job descriptions.

For example, I was staggered that, for our job post for a software developing intern role, we had 10 women apply – in fact, they were in the majority! It’s unheard of, and we’re certainly encouraged by the number of women entering STEM and then wanting to choose us.

I’m proud to say we have an incredibly diverse team when it comes to the nationalities represented at Sleek. As our co-founding team is French, there is a still a French presence in the company – since, as most startups do, we reached into our own networks for many initial hires. But we didn’t want to stay that way – I’m proud now that we have a strong Singaporean core, as well as representation from twelve different countries around the world.

We’ve also had to hit back against some ideas that the only way you can ‘climb’ in this company is to speak French. Not speaking French shouldn’t impair your progress – in fact, our management team now comprises individuals from the Ukraine, the UK as well as a strong Singaporean core.

I grew up in the French countryside where diversity wasn’t much of a topic of discussion. However, once I started to travel overseas and study and work abroad, I really started to cherish diversity. I moved for a reason – and in Singapore in particular, diversity is everywhere.  For example, we’re accepting of religious head coverings of our Muslim colleagues. The conversation is more around, do you have a good attitude? Do you work hard? Do you have manners? Than about your background or your beliefs.

In line with the startup market, many of our employees are aged 30 or under.  However, in our quest for heavy-hitting talent, we’ve been intentional in bringing in experienced individuals who can help shape and bring structure to our team who share in our vision to disrupt the industry with fresh ideas.

Thoughts on incorporating diversity into the workplace

It all starts from the recruitment pipeline

I like working with good people – I don’t care much about the box and what it looks like, since it’s about what’s inside. Being hardworking, having integrity – it has no flag. It’s not associated to any one nationality.

However, I recognise that there’s a bias in our recruitment pipeline given the background of our co-founding team. But we don’t want to be a French company – if I wanted to build a French company, I’d move back to France.

Sometimes we joke about the “French ratio” – we want to keep it under control, but that’s become less and less an issue as we’ve grown. In addition to posting job ads in all the usual places, we’ve also implemented a referral fee/payout for our employees to try and decentralise the recruitment efforts from our management team, which has definitely helped our efforts as well.

The French, we’d always go for a drink. But we’re mindful of our Muslim colleagues, and these days our ‘company bonding’ activities is very rarely to go for a drink. Instead, we opt for more lunch-time events based around food.

A range of views at the decision-making table

Our MVP when it comes to championing diversity at our company is our HR manager, Aisha. I feel very fortunate to have her, and it wasn’t entirely a conscious decision, but she is very different from me in almost every demographic variable: she’s a female, she’s Singaporean, she has a different faith than me. In our conversations it feels like a ying and yang, and I feel her perspective providing balance our conversations around our employees.

(Side note: She’s also a great example of a Sleek success story. We originally hired her to be our receptionist, as she was a mother coming back to the workforce after a period of looking after her family. But her skills and aptitude for the role became quickly apparent, and so we promoted her to look after our human resources function.)

In terms of advice, all I can say is to start where you can, but also hunt out homogeneity where you can – whether it’s diversity in skills, or diversity in other respects, your team will absolutely benefit from different viewpoints.

We know we have a long way to go – putting more concrete policies in place around our hiring process, for instance – but I’m excited by our company’s growth and in what ways our differences will help build out a service that we can all be proud of. 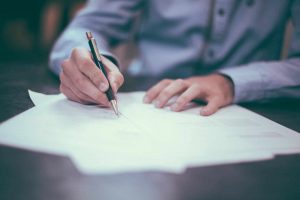 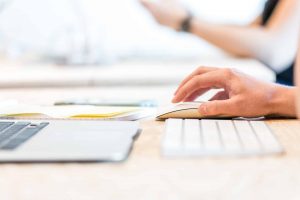