What is the benefit of franking credits for investors

In the investing world, franking credits are talked about often but few understand what they are and how they affect your income and tax.

This blog is going to go slow, so you can grasp the concept – and enable you, as an investor, to make informed investment and tax-effective decisions.

Basically, franking credits affect shares. So, if you own shares (or are considering buying some shares – go you!) you’ll want to get to know the ins and outs of franking credits.

The other thing to know about franking credits is that it only affects Australian shares. So, if your share portfolio contains Australian company shares, read on my friend.

We think the best way to begin to explain franking credits is with an example.

If (always!) CBA makes a profit, and they divide this profit into the number of shares distributed. These are called dividends.

CBA usually pay dividends twice a year – an interim payment in March and the final dividend in September when the financial year accounts have been finalised.

Please note, these dividend payment dates will vary between companies.

It’s September and you receive a dividend of 210 cents per share.

You’ll notice on your Dividend Statement that it says the dividend $105 is a franked amount, and this is the amount you receive in your bank account.

There will also be another column on the statement on the far right, that says franking credit of $45.00.

Now, this is where it gets interesting.

What is a franking credit?

A franking credit is the amount of tax a business has already paid on its profits in Australia.

So, going back to our example above, CBA has already paid $45 of tax to the ATO on the $105 dividend you receive.

So, in accounting speak, we say it has a franking credit of $45.

Franking credits can also be called an imputation credit.

What do you do with your franking credits at tax time?

At tax time, you will declare the franking credit on your individual tax return, as tax already paid on the dividend.

This is to prevent the income from the dividend being taxed twice – once by the company (by CBA in our example), then again by you.

It is similar to declaring your wages on your tax return – you earn $2000 from your employer of which they deducted the PAYG tax on it, and you declare this taxed amount, so you don’t have to pay tax twice on your wages.

What is the benefit of franking credits?

I know it’s taken a bit to get to this point, but we needed to walk you through the dividend process so you can understand how franking credits can work for you.

The dividends from shares are income for you, which you will need to declare at tax time.

But unlike other income, say from interest on term deposits, tax has already been paid on it.

So, in the instance of our 50 CommBank shares, the bank has already paid $45 income tax on these shares – which means you might not need to pay tax on it again.

Let’s use an example here, so you can see how it works –

Most large companies pay a 30% income tax on their profit. So, the dividend you receive will have already a 30% tax paid on it.

As you can see, most individuals would benefit from franking credits on their shares whether this is getting a refund of tax or paying only a portion more income tax on the shares if they are in a high tax bracket.

Are you eligible to claim franking credits?

You must be an Australian resident for tax purposes to claim franking credits.

Franking credits are popular with retirees. Why?

Because while retirees may have built up a nice little nest egg of assets, their income is relatively lower as they are not working full-time.

Retirees can offset their franking credit against their low income and receive a tax refund. #winning

What else do you need to know about franking credits?

Before we go, there are a few things to remember about franking credits:

Partially franked dividends mean that the company hasn’t paid tax on the full amount being distributed to shareholders.

And as the name suggests, unfranked dividends mean no tax has been paid by the company on the dividends.

Franking credits are a tax-effective investment for individuals to consider. If you need help claiming your franking credits or want to know more about the tax benefits of investing in shares, our Sleek accountants are here for you. You can call our helpline on +61 2 9100 0480 or contact us via email.

Are you ready for business incorporation?

Loss carry back – the tax offset you need to know about

R&D Tax Incentive – get generous tax offsets for your business

What does temporary full expensing mean

Leave us a message

Are you ready to take the leap?
Get Started Now!
Learn More
Get In Touch 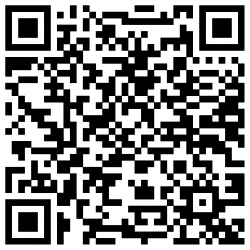